I was reading a McKinsey article* recently where Corning’s technology chief, Waguih Ishak, shared the lessons of his 40 years of innovation experience. It’s a good read, I recommend it. One of his lessons, ‘don’t die of indigestion’, got me thinking; what is it that causes those blockages that get in the way of moving our ideas from concept to value-creating reality? My old boss used to ask: ‘Can we go faster?’. So how do we keep our innovation tract healthy and flowing smoothly?

Ishak identified the condition as people spending too little time, on too many projects. Whether it’s too little resource being applied to the innovation task, or a resource that is constantly diverted elsewhere, this can certainly cause projects to back up.

‘Too little resource’ is an issue I frequently come across when innovation is a part-time job: being carried out as part of a broader range of responsibilities. In this situation, all too often the day-to-day issues of the business take priority and innovation projects slow up. In general, I find dedicated innovation teams are less likely to suffer from this condition.

When there is limited innovation resource, which there almost always is, too many projects will lead to a severe case of indigestion! ‘Too many projects’ happens when a team fails to prioritise projects and struggles to weed out the ‘losers’ early enough. Some teams are so concerned about the possibility of failure that the responsibility for prioritisation is abdicated to endless rounds of research, trying to tease out the nuances between early-stage concepts to identify the ‘novel winners’ from the ‘category me-too’s. Teams spend hours in meetings, discussing the merits of the research, what it tells them about each of the ideas, how to revise and fine tune each concept before putting it back into a further round of research. Aren’t we are asking too much of the research of an early stage concept?

In organisations where failure isn’t seen as learning, how to do it better next time, but is a fast track to a broken career, it’s easy to see why extensive research is used. Don’t get me wrong, I’m not against research, but I see it as part of the decision making process, not the whole process. In my experience good innovators can take early stage research findings and tie those in with thoughts about how well an idea meets an identified consumer need, the extent to which it is unlike anything else currently on the market and how well its fits their organisation’s capability to execute it. Ideas that look really exciting are then fast-tracked to make sure that the opportunity they originally identified doesn’t pass them by, or someone else gets to take the idea to market first.

Another cause of the problem can be the separation of ideation from delivery. Innovation works best, in my view, where there are strong links between ideas and execution. I’m not a fan of those organisations who simply define innovation as the ‘ideas part’. I met one innovator a few years ago who proudly told me they had over 1,000 ideas in their ideas bank. However, I failed to find the person in their organisation responsible for taking those ideas and putting them into action, or even anyone in a front line role who was aware that the ideas bank existed. Idea generation is the fun bit. Not necessarily easy, but it is fun. The real hard work of innovation comes when you move beyond the drawing board.

When asked to go faster, I often challenge teams to dig into the ideas bank and find one great idea in there that, if this was their business, is so good that they would just get on with it. It’s amazing to see how that galvanises the project team. When innovation resources are tight, which they almost always are, selecting one or two potential winners early on and applying the team resource to those ideas offers a much greater chance of success. That doesn’t mean running headlong to market, throwing caution to the wind. It does mean running lean “test-feedback-improve” loops as the idea is being developed, improving it as it moves closer to the finished article, giving end-users the opportunity to evaluate and comment on something that is a bit more concrete than a drawn concept. Tech businesses are great at this, launching MVPs (minimum viable product) or beta-versions, seeking feedback and making improvements in a real world environment. In their world speed is of the utmost importance – we could all learn lessons from our high-tech friends.

We need to remember that as innovators, our job is to add value to the organisations we work for/with. Ideas are great, and every great innovation starts with a great idea, but innovation isn’t just about ideas, it is the process of turning ideas into value. As someone once said: “If you have a creative idea and it doesn’t create value, it’s not innovation, it’s art.”. Let’s not let innovation constipation turn us into artists!

Grahame is the Chief Innovator at Innovation Ink, a specialist innovation and growth agency. Innovation Ink operates a network of senior, specialist practitioners who come together to solve client problems. With over 30 years of experience working in a range of fmcg and service businesses, Grahame heads up the Innovation Ink consultancy team. 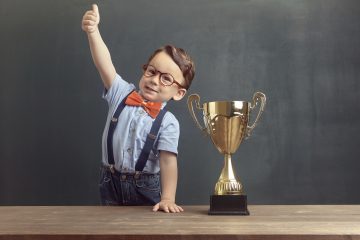 Do your ideas have the ‘Right to Win’ 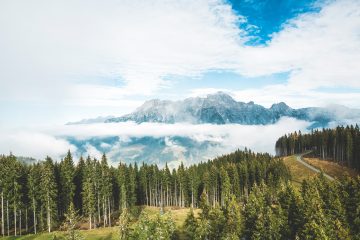 Innovation is a risky business. Depending on whose numbers you believe, up to 90% of innovations fail. Improving your chance of innovation success isn’t easy and there is no one simple fix. However, experience suggests Read more… 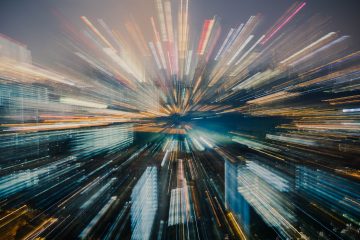 “Innovate or Die” used to be the mantra. Now its “Innovate Fast or Die”. If you are an in-company innovator, you’ll need to do some ‘groundwork’ to prepare your business to innovate at speed. If Read more…